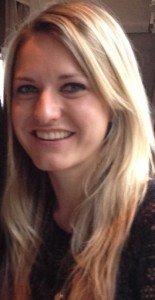 Molly Sullan, M.S., is a graduate student at the University of Florida (UF) in the Department of Clinical and Health Psychology. Molly graduated cum laude from the University of Denver in 2007 with a major in International Business. After graduation, Molly completed an internship with a non-profit agricultural value chain development company in Washington, D.C. She then moved to New York City, where she worked for Gilt Groupe, an e-commerce company, first as a quality assurance software test engineer, and later as a manager of both on- and offshore quality assurance testing teams in New York and Jordan. She later completed post-baccalaureate courses at the University of Colorado in Psychology and worked as a Research Assistant for Dr. Jim Grigsby, completed a research internship at the Mayo Clinic in Rochester, Minnesota for Dr. Thomas Bergquist and a Research Assistant at the Veteran’s Affairs Medical Center in Denver with Dr. Lisa Brenner. During that time, she volunteered with the Rape Crisis Hotline in Denver as well as with the Multiple Sclerosis Center Outreach Team and King Adult Day Enrichment Program at the Rocky Mountain MS Center. Molly is in the Neuropsychology track, and she works as a Graduate Research Assistant under the mentorship of Dr. Russell Bauer. In her free time, Molly enjoys hiking, playing soccer, skiing and spending time outside.

Molly’s primary research interests include determining the relationship between traumatic brain injury (TBI) and sleep disruption. She is interested in psychosocial, behavioral, and neurobiological factors associated with disrupted sleep and cognitive functioning secondary to TBI. Molly’s master’s thesis focused on determining a methodology to segment the locus coeruleus, a brainstem structure, in vivo, as well as analyzing the relationship between LC volume and sleep symptom severity in veterans with mild TBI. Molly hopes to focus her doctoral dissertation on analyzing the ways in which sleep dysfunction affects biological, psychological, and symptomatic outcomes (recovery) in patients with TBI.