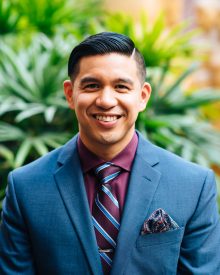 Charles Moreno is a second-year graduate student in the Neuropsychology track of UF’s Clinical and Health Psychology doctoral program under the mentorship of Dr. Rus Bauer.  He completed a 12-month tour to Afghanistan as part of Operation Enduring Freedom as a former US Marine. After his enlistment, he graduated from San Diego State University in Spring 2016 with B.A. in Psychology and a Minor in LGBT Studies. During his undergraduate studies, he was a research assistant at the Center for Healthy Aging and Neurodegenerative Disease Research under the direction of Dr. Paul Gilbert.

His research interests include examining memory change following repetitive head injuries in collision sport athletes. He is also interested in the structure-function relationship in underrepresented populations. Specifically, whether medial temporal lobe magnetic resonance imaging (MRI) structures predict performance in episodic memory differently across ethnic groups. His clinical interests include identifying the overlapping neuropathological features and clinical symptoms between individuals with repetitive head injuries and Alzheimer’s disease. He is currently working on his master’s thesis titled “The Relationship Between Memory-related Structures and Memory Performance in Diverse Populations in the 1Florida ADRC.”

UF Chapter of the ANST