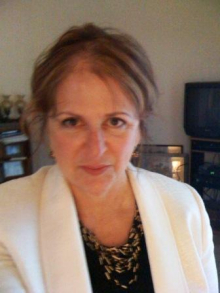 The dominant research theme of my research is the neuropsychology of cognition and emotion, with specific emphasis on the role of limbic, basal ganglia, and cortical systems in mediating different aspects of emotional behavior. The impetus for my research is twofold:   a) to develop a better understanding of the neural mechanisms that underlie emotional and cognitive changes in older adults, including those with dopaminergic depletion disorders (Parkinson disease) and other age-related neurodegeneration; and b) to develop evidence-based treatment approaches for addressing cognitive and emotional changes in these populations. Current research focuses on psychophysiological and electrophysiological signatures of apathy and depression, emotion regulation and executive function, and the interactive effects of cognitive training and novel therapies (e.g., NIR, mindfulness) on mood and cognition. My Cognitive Neuroscience Laboratory uses a variety of tools (startle, ERP, pupillometry, computational modeling) to facilitate hypothesis-driven research and we collaborate with imaging experts.   I have been a funded researcher for many years including support for randomized clinical trials, one for treatment of apathy using rTMS, another for treatment of masked faces in Parkinson disease using face digitizing approaches, and another for combined cognitive training-exercise intervention with older adults. I am currently partnering with small business for the development of telehealth interventions for mood/cognition in older adults and those with Parkinson disease.

Dr. Bowers is a board-certified clinical neuropsychologist (ABPP/CN) in the department’s Psychology Clinic, located within the UF Health Science Center. She directs two offsite interdisciplinary clinics, where the neuropsychology service is embedded with other providers ( neurology, neurosurgery, psychiatry) to provide comprehensive one-stop shopping to patients with a variety of disorders (e.g., dementia subtypes, subcortical diseases, focal lesions, TBI, OCD, Tourettes, conversion disorder, sequelae of medical illness). Most candidates for deep brain stimulation (DBS) are seen through her clinics. Her approach to neuropsychological assessment is focused, eclectic, and flexible. As lead neuropsychologist for UF Center for Movement Disorders and Neurorestoration she oversees the neuropsychology module of the INFORM database, one of the largest prospective clinical research databases for movement disorder patients in the world.  As part of her clinical teaching, Dr. Bowers supervises graduate students, interns, and post-doctoral fellows as they rotate through her clinic.