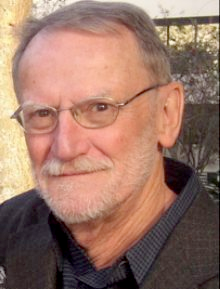 Dr. Lang has an extraordinary scientific and clinical legacy, providing remarkable contributions to the understanding of emotion, most notably fear and anxiety. As noted in a recent APA Psychnet article, “His achievements include pioneering work in behavior therapy and biofeedback, landmark contributions on emotional imagery and emotional reflex modulation, and influential theory development concerning the conceptualization and psychological mechanisms of emotion. His work has influenced numerous doctoral students and postdoctoral fellows, as well as many scholars at both the national and international scenes.” Most notably, he developed the three-systems view of emotional assessment, which defines affect as a response complex including language reports, motor acts, and expressive physiology. His seminal work on emotional imagery laid the foundation for a new era of experimental and clinical research.

The volume of Dr. Lang’s contributions is prolific. His research has received continuous grant support from the National Institute for Mental Health for more than 50 years. In 1960, Dr. Lang received the first grant awarded by NIMH to study a practical behavior therapy. He has published over 70 books and book chapters and has given hundreds of invited symposia and presentations. Dr. Lang is in that select group of most cited authors in the field of psychology and psychiatry.

Dr. Lang has had an enormous influence on training the next generation of psychological researchers. He has chaired over 35 dissertation committees and has also mentored dozens of national and international post-doctoral and post-baccalaureate research associates over his career. He trainees have published volumes of research over the years and now are flourishing at leading national and international academic institutions.

As a result of his enormous influence and achievements, Dr. Lang received numerous awards. These include, the Lifetime Career Award from the International Union of Psychological Science (2016), the Humanitarian Award from the National Institute of Mental Health – Adult Psychopathology Disorders of Aging Study Section (2006), the Distinguished Scientific Contribution Award from the American Psychological Association (1993), a Research MERIT Award from the National Institute of Mental Health (1992), the Award for Distinguished Contributions to Psychophysiology from the Society for Psychophysiological Research (1990), and the Distinguished Scientist Award from the Society for a Science of Clinical Psychology (1980). As further indication of his influence on the field, he has received honorary degrees from numerous international universities include Uppsala University in Sweden, the University of Tubingen in Germany, the University of Granda in Spain, and the University of Jaume I in Spain.