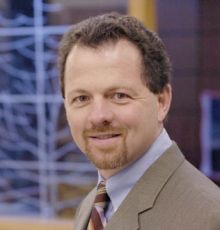 The 1Florida Alzheimer’s Disease Research Center (1FL ADRC) is a consortium of Florida institutions helping to change the current understanding of Alzheimer’s disease and related dementias from being incurable, inevitable and largely untreatable to a new reality in which these diseases are curable, preventable and treatable. It is one of 33 centers across the nation funded by the National Institute on Aging. Dr. Todd Golde, Professor of Neuroscience was the founding Director/Principal Investigator for the 1FL ADRC. He ably guided its acquisition in 2015 and renewal in 2020. Dr. Golde has accepted a position as Director of the Center for Neurodegenerative Disease at Emory University effective 8/1/2022.

Dr. Smith will assume to role of Interim Director of the Center.  He has previously served as an Associate Director and Research Education Component co-PI for the 1Florida ADRC.  As a board certified clinical neuropsychologist, he is also an active member of the Clinical Core.  He has extensive experience in translational and clinical research on cognitive impairment in older adults including 30 years of continuous extramural funding. His continuous focus has been on early detection and prevention models applied to dementia, particularly Alzheimer’s and Lewy Body dementia. He has been principal investigator on research teams in conducting diagnostic, observational, longitudinal, and behavioral intervention studies. Prior to coming to the University of Florida in 2015 to Chair the department of Clinical and Health Psychology, spent 25 years with the Alzheimer’s disease research program and the Department of Psychology and Psychiatry at Mayo Clinic in Minnesota.