On June 2, 2019, 4 teams teed it up at the West End Golf Course in the CHP QOL Open.  Experienced players and those new to the game came together for fun in the sun.  The tournament got off to a fun start with the putting contest.  New to golf, but not new to winning, Dr. Joy Gabrielli calmly stepped up and hit the closest shot on a 50 foot putt.  She is pictured below with her winnings. The tournament champs were MYOCLONIC JERKS, with a score of 2 under par.  Captain Alicia Kissinger-Knox quickly recovered her golfing skills after taking some time off from the game for grad school.  She drained one of the team’s two birdies in a long 20-foot putt.  The team was led by the play of Carlos Hernaiz.  He hit straight and steady shots and not surprisingly won the Longest drive contest.  Carlos also coached up David Marra, who picked up the club for the first time a few days ago and is now consistently getting the ball in the air.  Blake was the final piece of this winning team.  The team is pictured in their one of a kind CHP polyester and gold painted jackets. The BIRDIE HUNTERS were in second place with a score of 1 under par.  These 4 docs made 3 birdies but unfortunately made 2 bogies.   The team rode the talented shoulders of Jackie Ayers, whose drives lived in the fairway.  Duane Dede got better as the round proceeded and finished the last hole by winning the closest to the pin contest.  Bob Cook made some nice shots and provided course knowledge from his weekly play there.  Joe Gullett hit many good shots, punctuated by draining a long putt on the first hole and a great drive on hole # 17. 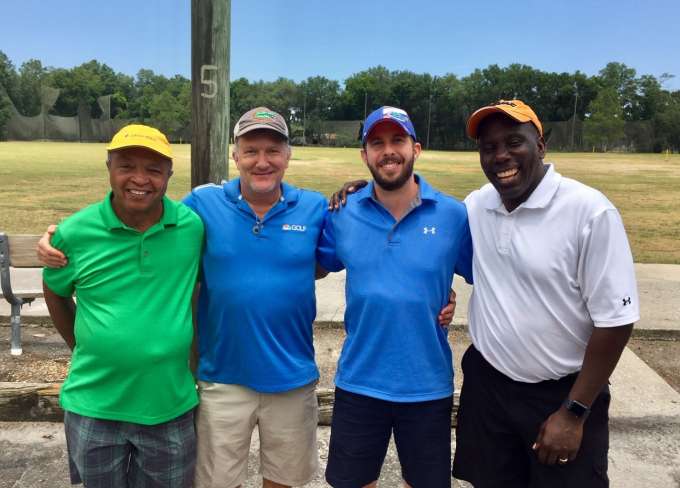 TEAM SLICE was in third place with 4 over par. Former tournament champ Dave Janicke led the team with long drives and a strong short game.  David Fedele shook the rust off his game with an early warm up session.  Rick Davis took the healthy signing bonus to join this team and added steady chips to set up par saves.  “JGab” aka Joy Gabrielli was the secret weapon, riding the wave of her putting championship to make many long putts in the actual tournament. ADAM’S WOODS was the 4th place team.  Even though they didn’t always score well, this team had a great time on the course.  They did intimidate the other teams on the driving range by hitting the ball into the net.  The team was led by captain Emanuel Boutzoukas and his booming drives.  Alejandro Albizu and Keyanni Johnson were other stars of this sleeper team.  First time golfer Dr. Aprinda Indahlastari kept the energy up may now have found her true calling 🙂 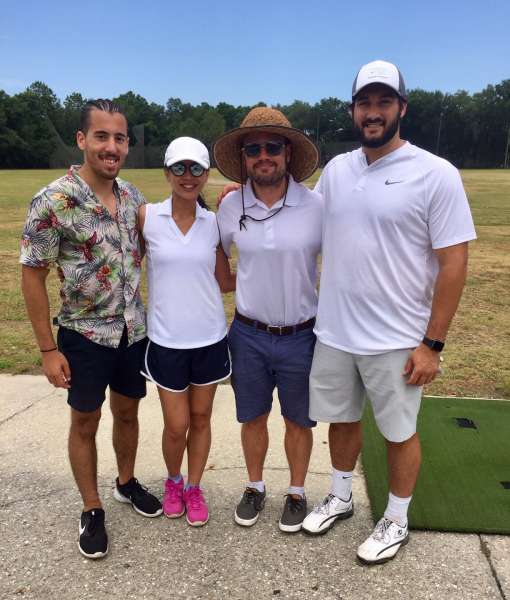 The Fall CHP QOL Golf tournament is set for Sunday morning September 22, 2019. C U then!