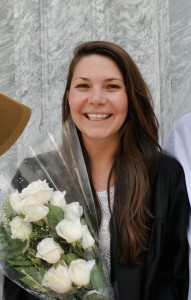 Erin Trifilio and co-authors have been selected as one of two runner-ups of the Fourth Annual TCN/AACN Student Project Competition (The Clinical Neuropsychologist, Official Journal of the American Academy of Clinical Neurospychology).  During this award cycle, TCN received 42 Competition submissions. From among these, 11 were accepted for publication. These 11 eligible manuscripts that were rated by three reviewers comprised of AACN Student Affairs Committee (SAC) members. As a runner up in the Project Competition, Erin will receive a $500 award.