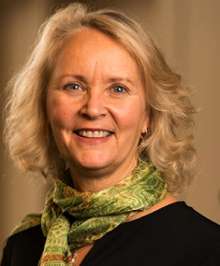 Patricia Reuter-Lorenz is the Michael I. Posner Collegiate Professor of Psychology and Neuroscience at the University of Michigan, Ann Arbor where she is currently department chair and director of the Cognitive and Affective Neuropsychology Laboratory. Using brain imaging, behavioral, and case study approaches, she has published on a wide range of topics from neurocognitive aging, to neuropsychological studies of attention, unilateral neglect and eye movement control, laterality, executive functions and working memory.  She received her Masters and Doctor of Philosophy degrees from the University of Toronto, and postdoctoral training in cognitive neuroscience at Cornell Medical Center, NY. She has received numerous awards for her research, mentorship and teaching, including the Outstanding Mentor Award from Division 20 of the American Psychological Association, and the Justine Sergent Prize for International Research in Cognitive Neuroscience. For over 10 years she was co-director of the International Max Planck Research School on Life Span Development, and she currently serves on the governing board of the Psychonomics Society. She is co-founder of the Cognitive Neuroscience Society, and has played a leadership role in this organization for over twenty-five years.

Brain imaging reveals neural alterations underlying cognitive decline in healthy older adults, along with age differences in brain function that may indicate neural compensation.  This talk will review key evidence suggesting the potential for compensation and capacity for neural reorganization into older age.  The Scaffolding Theory of Aging Cognition-Revised (Reuter-Lorenz & Park, 2014) integrates evidence for decline and compensation within a longitudinal framework representing lifelong influences that can enrich or diminish neural resources thereby shaping the likelihood of successful cognitive aging.