Michael Marsiske was selected as President Elect of Division 20 (Adult Development and Aging) of the American Psychological Association. 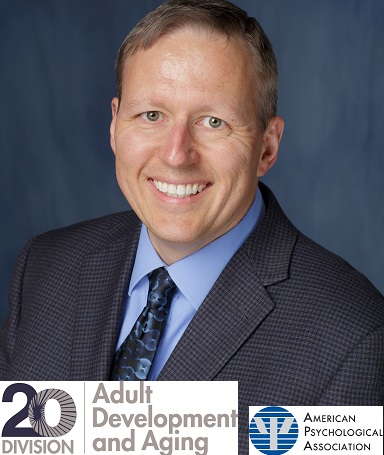 The Division on Adult Development and Aging (Division 20) of the APA strives to advance the study of psychological development and change throughout the adult years. The Division invites membership from psychologists who provide services to older adults, conduct research on adult development and aging, or are interested in learning more about or teaching life span development and aging. The division has a strong mentorship focus, inviting and encouraging participation from students and emerging professionals who share our interests. The division has been a strong collaborator with other divisions and the APA Committee on Aging in advocating for research and policy initiatives to improve the quality of life for older adults.

Marsiske has a long association with the Division. Starting as student affiliate in 1988, Marsiske later served in leadership roles for the Division from 1995-2015. He moderated the Division’s listserv, and also designed and hosted its first website, running both until 2015. In 2001, he served as the Program Chair for Division 20’s offerings at the APA Annual Convention. He is also a past recipient of the Division’s Springer Early Career Achievement Award.

Says Marsiske, “Division 20 has provided me with an academic community that has nurtured me for my entire career.  It is with gratitude that I will be able to continue the tradition of supporting the science and practice contributions of Division 20.”

Marsiske further notes his long connection to the Division. “My academic lineage includes many Division 20 Presidents. My doctoral mentor, Sherry Willis, and my postdoctoral mentor, Paul Baltes, were important past Presidents whose impact on the Division has been felt for decades. Most members of my dissertation committee — Steven Zarit, John Nesselroade, Warner Schaie — all have served as Division presidents. My graduate school lab mate and close colleague, Manfred Diehl, is the current President.”