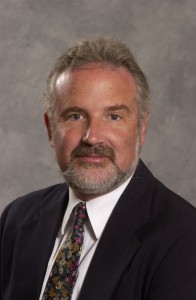 Dr. Leslie Morey is a recognized expert in psychodiagnostic assessment and psychiatric classification.   He has served on the faculty at Texas A&M University since 1999, including a term as Department Head of Psychology from 2006-2010, and he has previously served on the faculty at Vanderbilt University, Harvard Medical School, and the Yale University School of Medicine.  He has published over 250 articles, books, and chapters on the assessment and diagnosis of mental disorders, and his work has been cited in the scientific literature more than 10,000 times.  His research has included the development of assessments that have been translated into dozens of languages and are among the most widely used psychodiagnostic measures in the world.   His studies of psychiatric classification as a psychometric application culminated in his appointment by the American Psychiatric Association to the DSM-5 Work Group for Personality and Personality Disorders, and he was named the 2016 recipient of the Distinguished Scientific Contributions to Clinical Psychology Award from the American Psychological Association.

Congratulation to Dr. Morey on winning this prestigious award!