The award program recognizes employees who contribute outstanding service, efficiency and/or economy to the university, or play a role in the quality of life provided to students and employees. Health Science Center division winners are submitted as nominees to compete for the university-level Superior Accomplishment Awards. 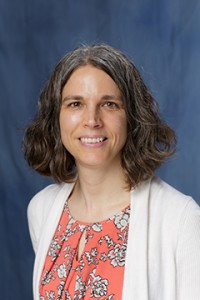 Brenda Wiens, Ph.D., a clinical assistant professor in the department of clinical and health psychology, provides clinical service and training of psychology graduate students and interns. In the past year, however, Wiens’ efforts were particularly outstanding, colleagues said, as she took on extra duties following the sudden passing of faculty member Stephen Boggs, Ph.D.

Wiens took on research mentorship responsibilities for Boggs’ students, provided emotional support and advocacy for his mentees and increased her patient and supervisory load. In addition, she co-developed a new course in child therapy, collaborated with the Columbia County School District on a new grant to increase access to counseling and prevention services, and was offered a role as a co-investigator on a $4.5 million NIH-funded study of the effect of substance use on the developing brain.

“Dr. Wiens consistently demonstrates a willingness to go the extra mile, and then another mile, to help students, patients and colleagues,” a nominator wrote. “Her contributions to our department and the university over the past year have been extraordinary and in some ways heroic.”