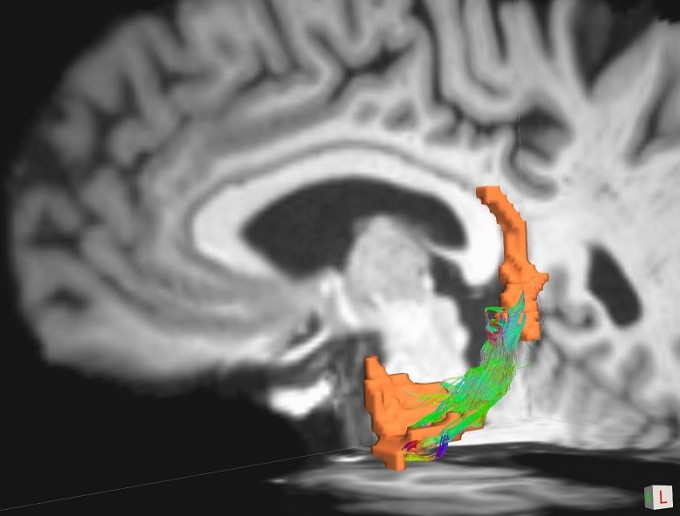 Using a combination of neuropsychological testing and brain imaging, University of Florida researchers have discovered that in a group of recently-diagnosed patients with Parkinson’s disease, about one quarter have significant memory problems.

Parkinson’s disease is commonly known as a movement disorder that leads to tremors and muscle rigidity, but there is growing recognition of cognitive problems associated with the disease. One of the most common is slower thinking speed that causes patients to have trouble quickly retrieving information. The UF study identifies a subset of patients who have a different kind of cognitive issue — memory problems, or difficulty learning and retaining new information.

The findings were published July 24 in the journal PLOS ONE.

“While a large proportion of people with Parkinson’s will experience slower thinking speed, which may make them less quick to speak or have difficulty doing two things at once, we now know that there are a subset of individuals with Parkinson’s disease who have memory problems,” said Catherine Price, Ph.D., the study’s senior author and an associate professor in the UF College of Public Health and Health Professions’ department of clinical and health psychology, part of UF Health. “It is important to recognize which people have issues with learning and memory so we can improve diagnostic accuracy and determine if they would benefit from certain pharmaceutical or behavioral interventions.”

For the UF study, 40 people in the early stages of Parkinson’s disease and 40 healthy older adults completed neuropsychological assessments and verbal memory tests.

About half the participants with Parkinson’s disease struggled with an aspect of memory, such as learning and retaining information, or recalling verbal information, said lead author Jared Tanner, Ph.D., an assistant research professor in the UF department of clinical and health psychology who conducted the study as part of his dissertation research for a UF doctoral degree in clinical psychology.

“And then half of those participants, or nearly one quarter of all participants with Parkinson’s, were really having a difficult time consistently with their memory, enough that it would be noticeable to other people,” said Tanner, adding that researchers were encouraged by the fact that most participants in the initial stages of Parkinson’s were not having significant memory problems.

All participants received brain scans, which used new imaging techniques that allowed the scientists to navigate the pathways of white matter fibers, the tissue through which messages travel across the brain. The methodology was developed by the research group of Thomas Mareci, Ph.D., a professor of biochemistry and molecular biology in the UF College of Medicine, and is described in a paper published July 14 in PLOS ONE.

Experts have theorized that cognitive problems in Parkinson’s are caused by a shortage of the brain chemical dopamine, which is responsible for patients’ motor issues. But with the help of imaging, the UF researchers were able to spot changes in the brain’s gray and white matter that appear unrelated to dopamine loss and are specific to those patients with Parkinson’s who have memory problems.

“Not only is gray matter important for memory, in Parkinson’s disease white matter connections between the temporal lobe and a region in the posterior portion of the brain called the retrosplenial cortex were particularly important in the recall of verbal information,” Tanner said. “People with Parkinson’s disease who had stronger connections between these areas of the brain did better at remembering information.”

Tanner’s study is part of a larger research project supported by a $2.1 million grant from the National Institute of Neurological Disorders and Stroke of the National Institutes of Health. Researchers led by Price are using imaging and cognitive testing to determine profiles for the cognitive problems that most commonly affect patients with Parkinson’s. The information gleaned from the research could help clinicians foreshadow the type of cognitive impairment a patient may experience over time, if any, and tailor treatment plans accordingly.