15 bowlers fought threw rain, spring break, busy social calendars and toed it up for CHP’s latest installment of the bumper/no-tap bowling tournament. Three teams of 4, 5 and 6 players competed for the fabled CHP certificate. Each team took their top 4 scores. 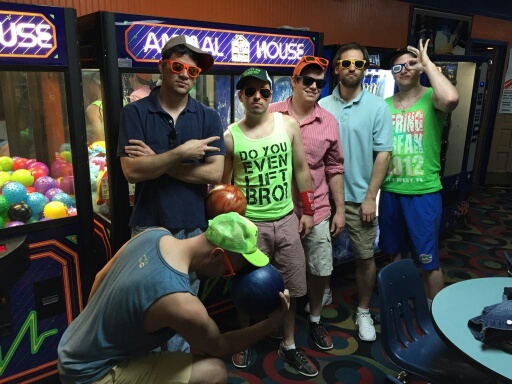 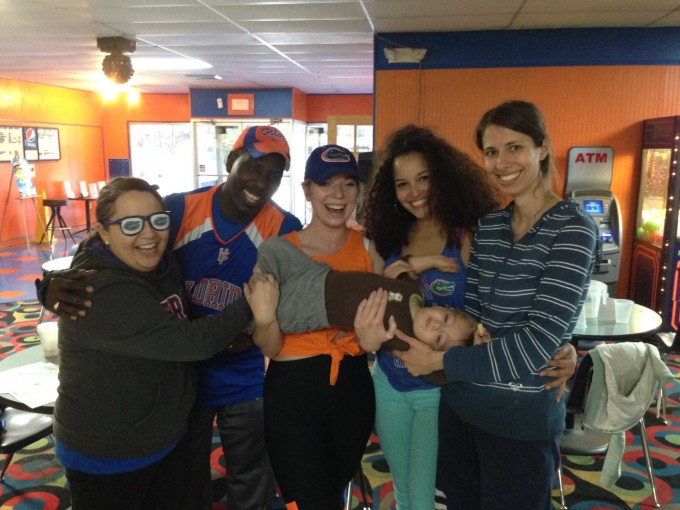 The next 5 bowlers banded together on short notice for one common cause. Decked out in Gator gear, team “All we do is Pin Pin Pin no matter What What What” took the first game lead but ultimately came up short. Alicia “Franchise” Roth shook of a slow first game (100) to use the bumpers to her advantage (128). Renee “Degs” Deneger flexed her way to 2nd highest female score with games of 185 and 140. Mirella Diaz-Santos was consistent with games of 120 and 128, but she really got going with the Salsa music started playing. Duane Dede got the high male bowler with games of 300 and 210.   A last minute signing of Kat and her son Alex (pictured horizontally) posted 128 and 137 games. Alex took home the Cutest Bowler award and kept us all entertained with his energy. 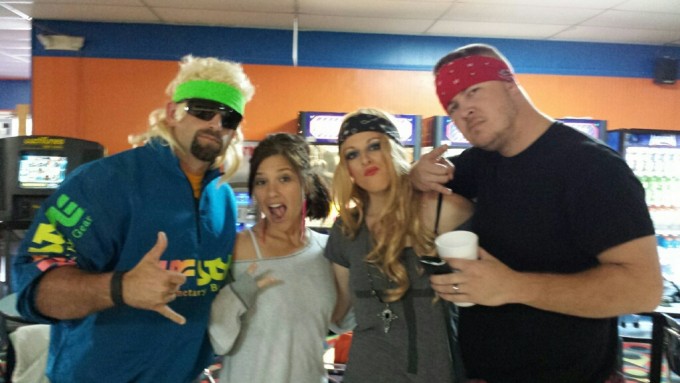 Team “AC/Psy.D .“ turned back the clock to the 80’s when neon, day-glow colors, big hair and rock and roll ruled. The team was led by Erika “Tonya” Mellott who was the high female bowler, posting games of 184 and 154. Chris “Dr. Thunder” Wald put up strong games of 179 and 220, even with the significant added weight from the blond wig. Brad” I’d rather be playing golf” Mellott was also strong with 177 and 205 games. Dani “Roxxxy” Wald posted games of 108 and 97 to lock up the Female Statistically Most Likely to Improve. Any rumors that she would be placed on waivers for a talented 7 year old bowler were denied by the team’s spokesperson. This team also racked up other awards. They took the team award for Statistically Most Likely to Improve and the Best Dressed Team…as this picture leaves little doubt.

THE NEXT CHP BOWLING TOURNAMENT WILL BE SATURDAY MAY 9TH – SAVE THE DATE!!