Three teams teed it up in the Spring CHP Golf tournament at West End Golf Course on Sunday morning June 9, 2013.  11 golfers in total enjoyed their round even though the greens were a bit bumpy.  Below are the team summaries and a few interesting photos.  The Fall CHP Golf Tournament will be Saturday morning, September 14, 2013.

The defending champs were able to keep the coveted Green Polyester Jackets in a closely fought battle.  The group had to play with a “phantom” 4th golfer, after the fourth teammate dropped out at the last minute.  The team was led by the long drives and close approach shots of Jackie Ayers.  Jackie also won the longest drive and closest to the pin (male) contests.  Rick Davis had some nice drives too and made some nice key birdie putts. Duane Dede added a couple of key drives and added a couple of key putts, including a late birdie.  As always, his best skill was recruiting a good team to bring it home. 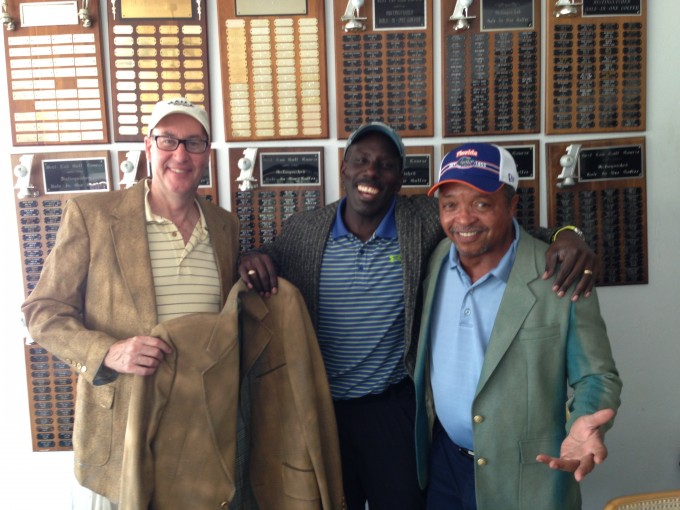 This team is always tough and rode 3 straight birdies at the turn to get back in the tournament.  The team was led by Dave “Twitch” Janicke.  His long drives and timely putting were clutch as usual.  Note his “unique” warm up stretches below.  Evan Sundgren replaced his Boy Toy attire with his game face and straw hat.  Brenda Wiens had the putt of the tournament, draining a long putt over a very bumpy green to card the team’s first birdie.  Adam Reid completed this fearsome foursome.  The “free agent” defending champ was only on the market briefly and was quoted on ESPN as saying that he “upgraded” with his new team. 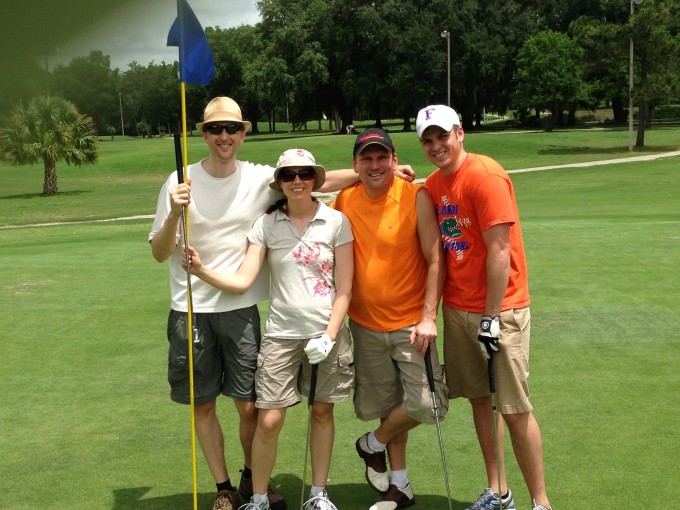 Proving that they earned their “Statistically Most Likely to Improve, the team continued to make progress as they carded their best score in their CHP history.  This team is so bonded that two of the members got married to each other two weeks ago J  Newlyweds Shana Boyle and her husband Jeff led this team.  In her last CHP tournament, Shana took home the Closest to the Pin award and Longest Drive award (female).  Alicia “Franchise” Roth made a sacrifice for the good of the team and did not win the longest drive award for the first time in years.  Christy Karabetian showed that her golf lessons have been paying off with her classic form (see below) that was key on several drives.   As you can see from the team picture below, they were a slam dunk for Best Dressed, in their classic white attire. 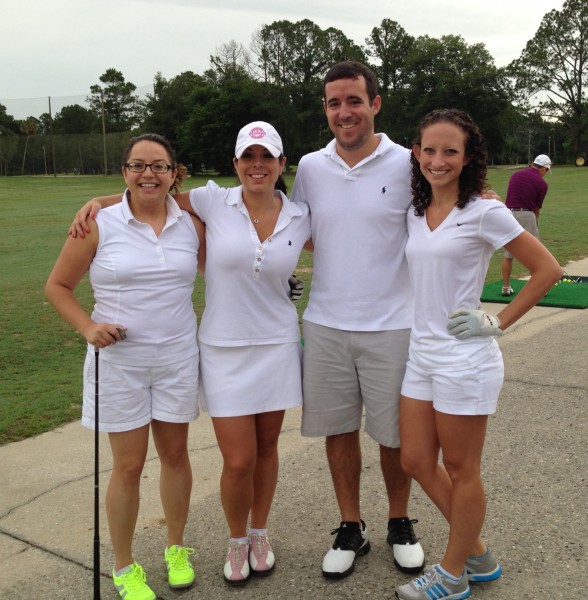 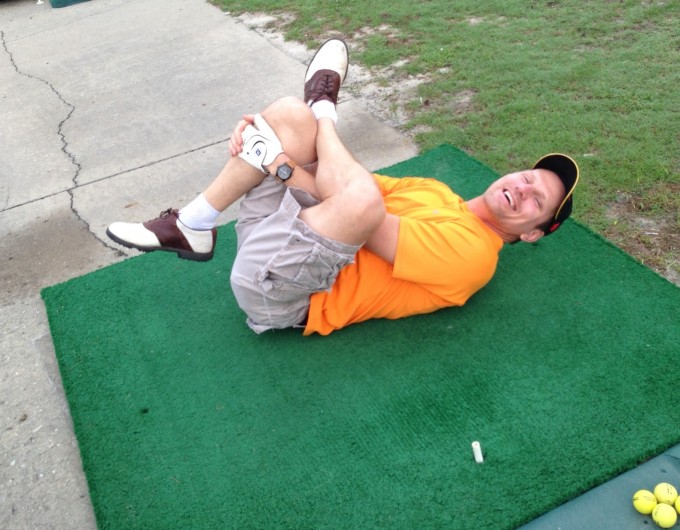 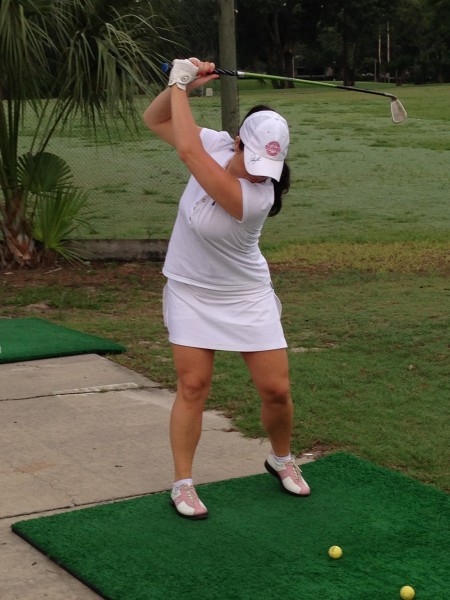